In 1948, when hearing of the massacres by Zionist militias in Deir Yassin, the residents of al Walaja, a village located between Bethlehem and Jerusalem, fled their land across the valley to wait out the fighting in caves and small structures. Almost 70 years later and the original site of their village is now covered in non-native pine trees and named the John F Kennedy Forest. It is run by the Jewish National Fund (in Hebrew Keren Kayimet L’Yisrael) JNF-KKL which oversees 13 percent of state lands, 2.5 million dunams (625,000 acres‏) and is not subject to oversight by the state comptroller or the treasury.

The JNF credits itself with planting 250 million trees, building more than 210 reservoirs and dams, developing more than 250,000 acres of land, creating more than 1000 parks and providing the infrastructure for more than 1000 communities throughout Israel. “Suiting a state constructed for a single cultural-religious group, the JNF promotes an exclusionary [and] discriminatory brand of environmentalism,” according to journalist and activist Ben Lorbor. The JNF’s constitution has explicitly stated that its land cannot be rented, leased, sold to or worked by non-Jews.

Al Walajah is one of many destroyed Palestinian villages, which are now covered in trees and supported by the various international chapters of the JNF-KKL. Others include the British Park which was planted and developed over the lands and the ruins of the Palestinian Arab villages of Zakariyya and Ajjur, whose inhabitants and their descendants have since been criminally denied by virtue of Israeli legislation, notably Absentees property Law of 1950, their right to return and to the repossession of the titles to their properties inside the State of Israel.

The planting of trees on destroyed Palestinian villages was a calculated move by the JNF-KKL and the Israeli government to ensure that the owners will not be able to return, indeed as stated by Dr. Uri Davis, joint UK-Israeli citizen and Observer Member of the Palestinian National Council, “Jewish National Fund pine forests, parks and recreation areas blanket the hills of Israel, and tour guides, in the midst of a hike, dread the inevitable moment when someone asks “what is that old abandoned mosque doing in the middle of this forest?”

When there is not a sufficient enough human settlement or political demands prevents large swaths of land being developed at once, trees are the next best thing. The quick growing, non-native pinera (conifers) and eucalyptus, the species favored by the self-proclaimed ‘environmental organisation’ drain the land of water. This is particularly true of the pine as it demands more water as it ages and become more prone to problems like pests, disease and conflagrations, such as the 2010 Carmel wildfire when 12,000 acres (an estimated 5 million trees) burned. Land reclamation has also damaged a number of fragile habitats. The Hula swamp, according to a recent report published by the International Union for the Conservation of Nature, “was once the largest wetland habitat in the Levant until it was drained [by the JNF] in 1965. Significant wetland habitat was destroyed and five wetland plant species became extinct.”

Most recently, in their push to expropriate more land and displace more Palestinians, JNF-KKL has been supported by US evangelical organisation Gods TV to plant a one million tree forest on the lands of al Araqib, one village among many in the desert which the Israeli government designate as ‘un-recognised’ denying them basic infrastructure and services. This is part of a major current project to develop the Naqab (Negev) Desert which represents 60% of Israel’s land mass but houses only 8% of its population, including a complex of settlements, recreational areas, reservoirs and forests to “make the desert bloom”. The Naqab is however home to 150,000 historically semi-nomadic Bedouin who according to Lorber, will be removed “from their ancestral grazing lands, and herded into unnatural, sedentary lifestyles in impoverished and isolated townships. Social strife and decay of traditional values inevitably accompany this forced acculturation process.”

A statement on the website of God TV states neither the JNF nor they can have any involvement in the decsion of where the planting takes place. They go on to say, “[A]s a democracy, the [Israeli] Government adheres to a full democratic process…what the Government decides becomes law including what rights/possibilities are available to develop particular areas of land.” Washing their hands over the matter and ending with a quote from the bible.

Another JNF-KKL project which has drawn criticism from dissidents within Israel and the international community is the ‘City of David National Park’ complex in the Old City neighborhood of Silwan. Through its subsidiary ‘Hamunita,’ which was established in the 1930s “mainly to circumvent legal restrictions” on the JNF’s land dealings, has been active over the past few decades in obtaining Palestinian land over the green line, and transferring the land to the hands of Jewish settlers. Again it is the Absentee Property Law which allows the Israeli government to purchase land legally as the law contains a stipulation where should the owner of a house in East Jerusalem is residing in “an enemy country,” the house may be transferred to the Custodian of Absentee Properties who then, as in the case of a Palestinian house in the tourist complex, transfer the property directly to JNF subsidiary Himnuta, along with seven other properties in Silwan. The excavations have caused extensive damage to the old stone homes, which have stood for generations and are part of the natural landscape and environment of the Old City of Jerusalem. 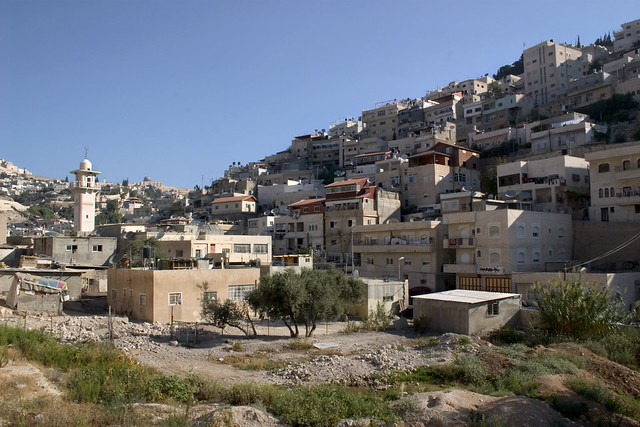 In October 2010 Samuel Hayek, JNF UK chairman, said “to accuse the JNF of being actively complicit in the ethnic cleansing of Palestinians’ represents a distortion of the truth on the grandest of scales.” However, awareness around murky dealings of the JNF-KKL are stirring people into action and back in May 2011, the Conservative Prime Minister David Cameron stepped down as the patron of JNF-KKL after pressure from campaign groups Stop the JNF and the Palestinian Solidarity Campaign. In December of the same year, explicitly stating the JNF-KKL’s actions around al Araqib as the motivation for his move, Seth Morrison stepped down as a board member of JNF-KKL US and also resigned as the volunteer chair of the Friends of the Arava Institute, an educational facility of environmental studies for Palestinians, Jordanians, Israelis and internationals in the Arava desert, which is given financial support by the JNF-KKL.

Today the village of al Walaja, the village mentioned at the beginning, is almost completely surrounded with the separation wall, enclosing the residents and in a final act, ensuring their connection to their ancestral land is finally cut off. To the north west of the edge of the village is the settlement of Ein Yael. New pine saplings can be seen on lower parts of the hill while near the top old pines are felled to expand the illegal settlement. The impact the JNF-KKL has on the land is extensive in its reach and damage; the natural and built landscape and environment, the history of the land and the people who have resided on it, and the geo-politics by being a force in preventing long-term justice and equality.

For further information, please refer to:

Ruth Edmonds is a British-Israeli activist residing in Jerusalem with a MSc in Arboriculture that works at the Israeli Committee Against Housing Demolitions (ICAHD).